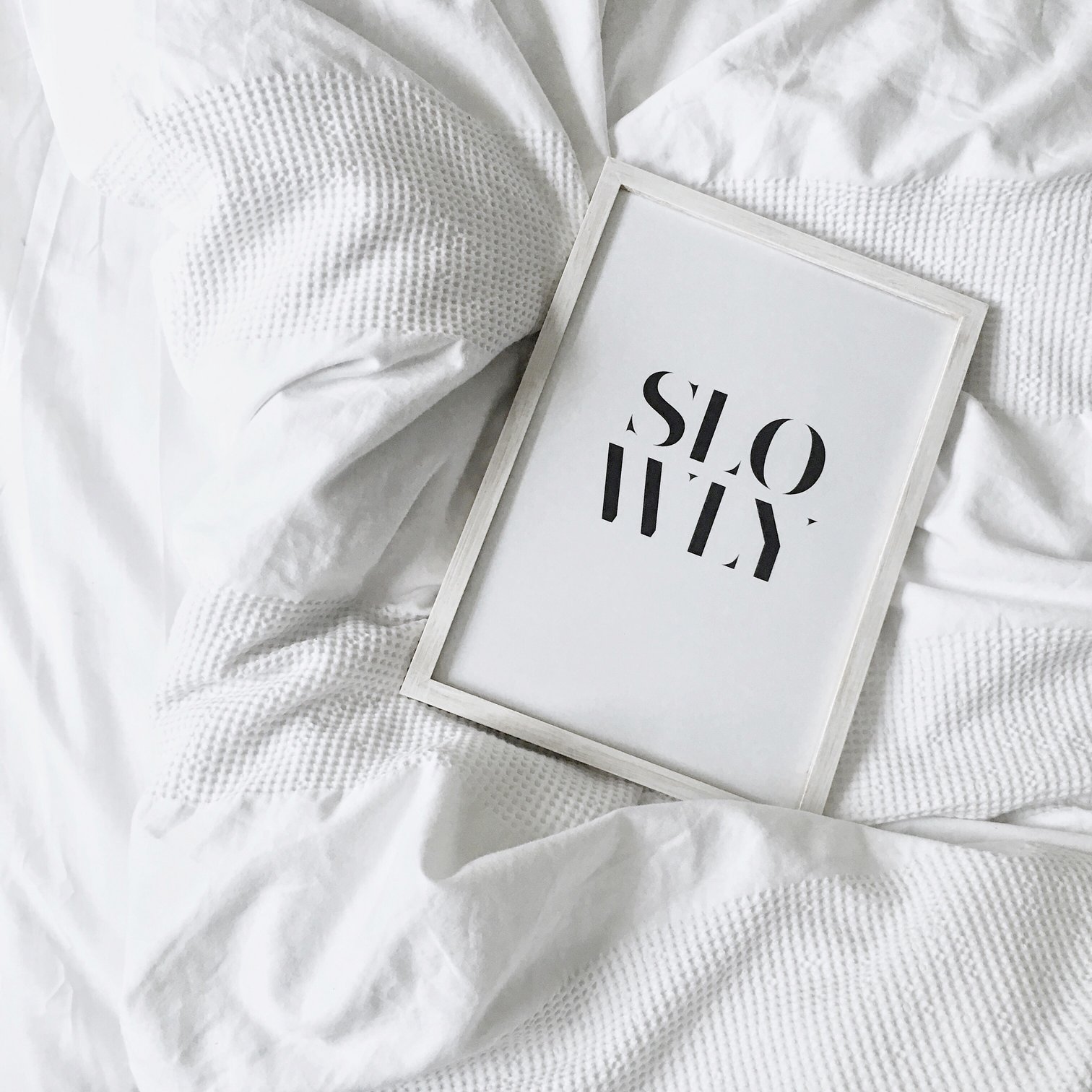 Founded by Carlo Petrini in the 1980s, the slow food movement began as a reaction to the perceived threat to Italian culinary traditions after the planned opening of a McDonald’s in the heart of Rome. Over thirty years later, the slow living movement encompasses more than food, but the ethos remains the same; living faster is not always the optimum.

Progress is often measured by efficiency and convenience. And as consumers, we’ve become accustomed to both the speed and choice which comes with such progress. Many of life’s answers (fact-checked, or not) are only a Google away. Global news floods our smartphones as it happens. Our supermarkets stock fresh produce from around the world, regardless of the season. We can order measured-out meal kits or simply throw a ready-meal in the microwave.

Rather than seeing these developments purely as ways to simplify our lives, the slow living movement suggests they can also complicate them. Instead of making conscious decisions, we find ourselves on auto-pilot and consuming without really reflecting on the impact of our choices.

Speaking to the Independent now a decade ago, Petrini claimed, “The idea of the modern has been superseded; the challenge today is to return to the small scale, the handmade, to local distribution – because today what we call ‘modern’ is out of date.”

Petrini’s statement was a reaction to our culture of convenience. Today, it is more pertinent than ever, reminding us how we passively consume, whether that’s social media on our smartphones or single-use packaging.

How slowing down can help you live more sustainably

Approximately 90.5% of plastic waste produced has never been recycled. This estimate revealed in the journal Science Advances was dubbed The Royal Statistical Society’s statistic of the year for 2018. Their choice reflects the growing conversation around waste from single-use plastics and the importance of tackling our throwaway culture.

While governments work on improving waste management systems and consider bans and levies on certain plastic items, the UN highlights the importance of policy makers to raise public awareness and change consumer behaviour. And in this, we can have an active role.

Slow living is about removing yourself from the quickened pace of daily life to make conscious decisions. In the environmental sphere, this means replacing the idea that “you don’t have time”, with “living with intent” by planning ahead to be able to consume in a more sustainable way.

For example, you could make more time to cook from scratch using local, in-season produce that doesn’t come wrapped in packaging. This could have a knock-on effect; support your local community, eat fresher food and carve out time in your day for a screen-free, mindful activity.

Or, you might choose to do some research into sustainable swaps for your go-to plastic items on supermarket shelves – many of these products are reusable, too, benefitting your wallet.

When it comes to the impact of our impulsive throwaway culture on the environment, it’s clear that it’s time to build on the counter-current that has been stirring in recent years. It’s time to live slower and make it fashionable to reuse, research and waste less.