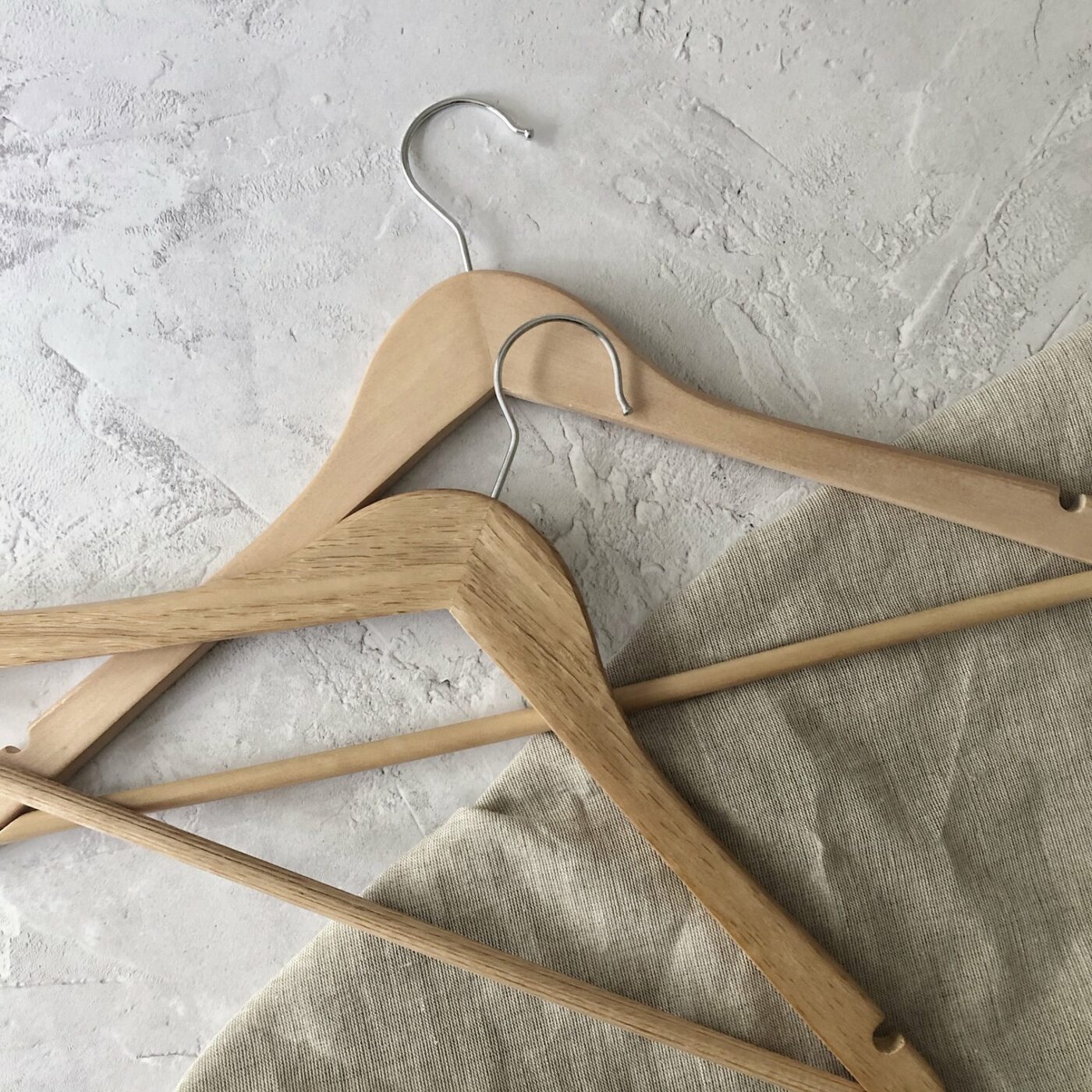 Our appetite for shopping has grown dramatically over the past few decades. Between 1996 and 2012, the amount of clothes bought per person in the EU rose by a whopping 40%. Now, the average lifespan of a piece of clothing in the UK is just 2.2 years.

The textile industry is a major player in the UK economy and across other European countries, but it’s also said to be one of the three most polluting in the world.

And fashion has never been faster. Rather than producing two collections a year, retailers have condensed the catwalk to consumer turnaround time to bring out up to ten collections a season. Fast fashion leaders respond quickly to trends and consumer sentiment to deliver a constant stream of new styles at low prices.

We no longer need to hit the high street to get our hands on these new styles. Social media, flash sales and next day delivery create an urgency to buy and ease in doing so. Rather than carefully considering what garments to invest in, a new look can be easily acquired, worn once and just as easily discarded. Stella Claxton from the Clothing Sustainability Research Group at Nottingham Trent University confirms that, today, ‘the actual value of the item is very low in real terms, in quality terms and in emotional terms to them (the consumer)’. This means that there’s less desire to pass on or mend such poor quality items and in turn, less appetite for charity shops to want to sell extremely cheap garments that consumers can purchase affordably first-hand.

The Environmental Impact of Fast Fashion

The great injustice of our environmental problems is that those who consume least, tend to suffer most. Fashion’s a thirsty business. To produce just one kilogram of cotton – equivalent to a pair of jeans and a man’s shirt – it takes between 10,000 and 20,000 litres of water (GLASA, quoted in WRAP’s Valuing our Clothes report). Plus, WRAP notes how many of the nations that produce cotton for the UK are more likely to suffer from water stress (the ratio between availability of water to how much being withdrawn).

Being particularly water-intensive and therefore expensive to produce, WRAP explains how manufacturers often turn to fertilisers and pesticides to maximise cotton yield per hectare. This creates run-off which affects local water supply and degrades soil quality. That’s in addition to the hazardous dyes and chemicals used during production that are disposed of in local waterways and that often remain on our garments post purchase. Some of these dangerous chemicals have been known to impact metabolism and fertility, among other nail-biting effects.

Greenpeace’s Detox My Fashion campaign, launched in 2011, asked major fashion producers to stop polluting waterways with toxic chemicals. Their research had revealed that hazardous chemicals that are banned in the EU and US, such as endocrine disrupting alkylphenol ethoxylates (APEs), were often still released in the Global South. By 2018, the campaign has encouraged 80 major fashion producers to pledge to phase out toxic chemicals from their production lines. Yet while the Detox campaign is encouraging more transparency around supplier lists and progress towards cleaning up our clothing, Greenpeace acknowledges that there is still a long way to go.

Just how polluting is the fashion industry in terms of emissions? The Ellen Macarthur Foundation estimates that greenhouse gas emissions from producing textiles totalled 1.2 billion tonnes of CO2 equivalent in 2015. That’s more than all international flights and maritime shipping combined in 2014, according to the International Energy Agency. In the UK, the carbon footprint of textile production rose to 26.2 million tonnes of CO2 in 2016, according to WRAP.

Polyester is a synthetic textile that can be made from natural polymers, but is most often created from polyethylene terephthalate – PET, for short. PET is made from petrochemicals, for example oil and natural gas – it’s also found in plastic water and shampoo bottles. This means that it’s not just the fossil fuels used to power manufacturing equipment to produce polyester that are adding to the emissions count, but the raw resources themselves. According to the Sustainable Apparel Materials report, polyester production for textiles released an estimated 706 billion kilograms of greenhouse gas emissions in 2015. This is equivalent to the annual emissions of 185 coal-fired power plants. When measured in 2010 by FAO/ICAC, synthetic fibres made up 61% of the world’s annual fibre consumption.

Microfibres Leaking from our Laundry

Synthetic clothing also hides an invisible secret. Each time we do our laundry, synthetic garments shed plastic fibres. These are pretty much invisible to the naked eye and are not all removed by water treatment plants. This means that these minute pieces of plastic end up in our rivers and oceans, are ingested by marine life and ultimately, by us.

The IUCN report ‘Primary microfibres in the oceans’ estimates that the quantity of primary microfibres released into the ocean each week is the equivalent of every person on the planet throwing an empty plastic bag into the sea. And much of this is caused by laundry – the report suggests that washing synthetic clothing is one of the largest contributors to microplastics in the ocean. To put this into context, Professor Richard Thompson from the International Marine Litter Research Unit at the University of Plymouth, found that an average 6 kg laundry load could shed an estimated 137,951 fibres from polyester-cotton blend fabric, 496,030 fibres from polyester and 728,789 from acrylic.

Our love for shopping is also contributing to biodiversity loss and deforestation as demands for growing space for natural fibres increases. The 2017 Pulse of the Fashion Industry report estimates that by 2030 the textile industry will need 35% more land for livestock, cotton and cellulosic fibres. This equates to 115 million hectares that could create land for crops or be preserved as forest.

The results of a 2015 survey by Barnardo’s highlighted how one in three women admitted clothes lost their appeal after wearing them just a handful of times. According to WRAP’s 2017 report, our flakiness when it comes to fashion purchases means we throw away 300,000 tonnes of clothing in our residual household waste which ends up in landfill or incinerated. On a positive note, this represents 50,000 tonnes less than in 2012.

Yet, not all waste occurs after we’ve worn and discarded our clothes. An estimated 800,000 tonnes of textile waste is produced by the supply chain itself for the UK. In 2018, there was shock and outcry after it was alleged that Burberry destroyed £28.6m of unsold stock in 2017 – all to protect its brand image and stop items being sold cheaply. The brand has since pledged to stop this practice.

Overwhelmed? The environmental impact of the fashion industry is a multi-faceted problem. Fixing fast fashion will be anything but quick, yet, Greenpeace’s Detox campaign highlights the possibility to hold major fashion giants accountable. Creating impetus for change will depend on consumers demanding improvements and transparency around the clothes they buy. And implementing change will rely on the availability of chemical alternatives and tightening loopholes and expanding regulations already in place, such as the EU’s REACH regulation.

In the meantime, we can begin to demand change through making more considered purchasing decisions and most importantly, buying less. To help you make more informed decisions when buying clothing and other textiles, take a look at our guide to the most sustainable fabrics.