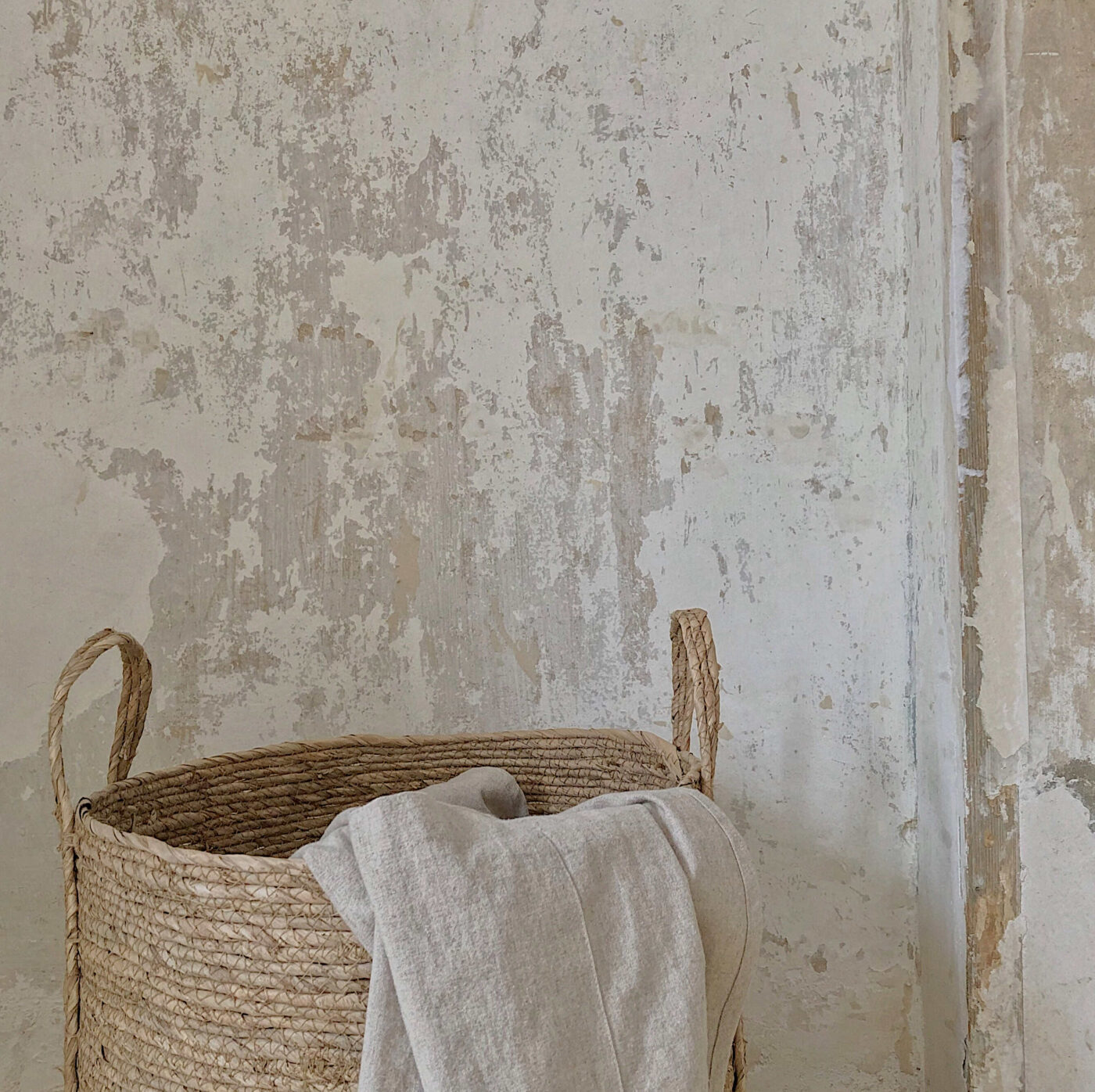 Simplicity and finding contentment in what we have is at the heart of the slow living mindset. But, as with many ethics, slow living takes inspiration from prevailing, much older philosophies. The Japanese aesthetic philosophy, wabi-sabi, is a concept which supports the pursuit of a slow living lifestyle.

Much like hygge or lagom, trying to distil wabi-sabi into one phrase or definition is difficult and doesn’t fully allow us to grasp the depth of this concept. Many explain wabi-sabi as an acceptance and appreciation for the imperfect and transient.

It’s commonly said to have originated in Zen Buddhism. In the 14th century, Zen monk Murata Shukō, began to fuse the aesthetic and philosophy of wabi-sabi into the tea ceremony. At the time, the ruling class would use such ceremonies as a way to display their wealth. Later, masters would celebrate the imperfect bowls used, simplifying the process.

Wabi originally meant the loneliness of living in nature, far from society. And sabi was used to express something ‘withered’. Later, the two concepts were joined and began to take on a more positive meaning, celebrating rustic simplicity.

A great example of wabi-sabi is Kintsugi, the practice of fixing broken ceramics with golden lacquer to create beautiful, intricate patterns. While many of us might deem a broken bowl as something to be discarded, Kintsugi celebrates the damage and beautifies the cracks as an important part of the item’s history. It’s said to date back to the 15th century when Japanese military commander, Ashikaga Yoshimasa, broke his favourite tea bowl and was disappointed with the poor repair it received. Instead, he asked craftsmen to find a more attractive method to fix his beloved bowl.

Beth Kempton, author of Wabi Sabi: Japanese Wisdom for a Perfectly Imperfect Life says, “wabi-sabi is a refreshing antidote to our fast-paced, consumption-driven world, which will encourage you to slow down, reconnect with nature, and be gentler on yourself.”

But what exactly can we learn from the concept?

What We Can Learn From Wabi-Sabi Today

Arguably, this ancient philosophy has never been more pertinent. Leonard Koren, author of Wabi-Sabi: for Artists, Designers, Poets & Philosophers, created an important definition of the term, “wabi-sabi is the beauty of things imperfect, impermanent, and incomplete, the antithesis of our classical Western notion of beauty as something perfect, enduring, and monumental.”

At a time where Instagram depicts seemingly unattainable perfection, be it in fashion, body shapes or interior design, wabi-sabi is a timely reminder to appreciate that our bodies, our homes and the items we surround ourselves with tell a story. And this story is important. Our imperfections show us that we’ve lived. They show authenticity and depth.

Stretch marks might remind us of the journey of carrying a child, while our wrinkles map years spent laughing, and a heavily dented kitchen table tells the tale of hundreds of meals spent with loved ones. In this sense, wabi-sabi is both the acceptance of imperfection in aesthetic, but also in ourselves.

Wabi-sabi encourages us to be content with what we have and resist the urge to constantly update or refresh our homes and wardrobes to keep up. Saving and investing in quality items, those that are likely to be passed down through generations, can help minimise environmental impact and help you find gratitude for what you own. Upcycling or adopting a ‘make do and mend’ attitude is also another way to embrace wab-sabi and extend the lifespan of our possessions.

Wabi-sabi is acknowledging that new isn’t always more beautiful than old, and in turn questioning the societal pressure to constantly consume and upgrade. This is perhaps accelerated by ever-evolving technology and the idea that we need the next phone, tablet or computer as ours is soon outdated. Challenging this compliments the principles of slow design and slow interiors which instead champions local craftsmanship over the mass-produced and encourages being conscious of the environmental impact of our purchases. This is also particularly pertinent for fast fashion and the speed at which low quality trend-led garments are produced.

Letting Go of the Past

Wab-sabi also encourages letting go of the past. In striving for perfection, we’re often striving for what we once had, or deemed to be better. Yearning for youth and how we once looked is a good example of this.

Wabi-sabi and particularly, Kintsugi, place emphasis on where you are on your journey. A beautiful new bowl which becomes cracked and repaired with gold isn’t damaged, instead it becomes so much more than what it was before. That being said, it can never go back to what it originally was. It’s about being at peace with change and decay and seeing these as progression, learning from the cycle of nature and the seasons. As a result, wabi-sabi encourages mindfulness and an engaged relationship with the present.

Wabi-sabi is, at first glance, an aesthetic concept. But finding acceptance in imperfection and the passage of time in regards to our possessions can have knock-on effects for our mindset and how we view ourselves. In a world dominated by consuming faster and buying new, wabi-sabi encourages more meaningful connections with objects and in turn, an acceptance that we too are on an ever-changing journey. And there is so much beauty to be found in where we are on that journey.